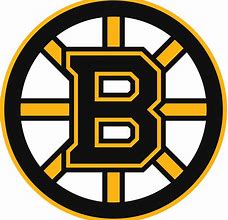 We knew this was bound to happen after the Bruins hot start, right? The Bruins have now dropped three consecutive games one of them by shootout. Let’s face it: overall the last 4 games have been duds. We can go back and pick out the Coyle goal that was called back, or Sunday nights game where the Bruins had a goal called back, if we want to nitpick. I don’t though. The Bruins have apparently cooled down here after their blazing hot start to the season.

The good news is that it is early still in the year where you can still right the wrong. The Bruins are still one of the best teams in the East if not the entire NHL. People –  take a deep breath and relax. This is nothing new in team sports, it happens. The Bruins however need to start refocusing on what got them playing well in this early start of the season. The power play is still red hot like every year, but the team has got to start competing for a full 60 minutes.

The Bruins nearly blew a 3 goal lead to the Pittsburgh Penguins early last week and if not for a third period rally on goals from Krug, and Heinen they would have done so. The team has to fight through the lulls of the season. We can touch on Montreal where Rask played his worse game of the season overall, but despite that, the Bruins put up a fight at the very least instead of packing it in.

no, congrats. YOU lost to the red wings. pic.twitter.com/Yy5iZWkNkd

The game that really got under my skin was Friday night in Detroit. The Bruins are a far superior team in every aspect of the game. The Bruins just plain sucked in that one. We have to expect they will have games like that. The Bruins in my estimation haven’t put together a full 60 in quite awhile. When they do you see the results first hand. What we don’t need is panic among the ranks from what I have seen and it has begun in places.

The Bruins managed to grab a point Sunday night against Philadelphia, who was coming off a game the previous night that went to overtime. The Bruins for a nearly 50 minutes were ghosts. The Bruins finally got it going after a turnaround shot from Heinen again making it 2-1, breathing life into a building that desperately needed it. The Bruins would tie it up shortly after on a wrister from Marchand making it a game. The Bruins appeared to be in good position as Pastrnak was awarded a penalty shot, but it was not to be as Carter Hart stopped him on it.

The Bruins however lost another key piece as Krug took a hit from Claude Giroux late in the third that knocked him out of the game. With me writing this Monday morning we haven’t got an update on his condition, but you best hope he is not out for any length of time. We all see what he does on the power play as the QB of the first unit. Any length of time lost will be a real blow to the team. The Bruins have been a 4077th unit early on this season with injuries. When should Hawkeye be called upon? The Bruins just need to fight through this funk going forward.

The Bruins are back at it against Florida before a Friday night showdown against the Leafs in Toronto. The Bruins are more then capable of getting it going again, and I fully expect they will, starting tomorrow. The Bruins aren’t all doom and gloom after all. The secondary scoring has picked up as of late to go along with the top line. The Bruins just need to get back to winning hockey games, and that opportunity starts tonight.

That is all, Bruins fans. Hope you enjoy my latest. There will be more coming as I was dealing with a few health issues, but all is headed in the right direction there. Let’s hope the Bruins get it going again for all of our sanity. Peace.

You can find our latest podcast episode here:  https://pod.co/boston-sports-blitz/11-11-19-bruins-are-in-a-funk-celtics-red-hot-start-to-the-season