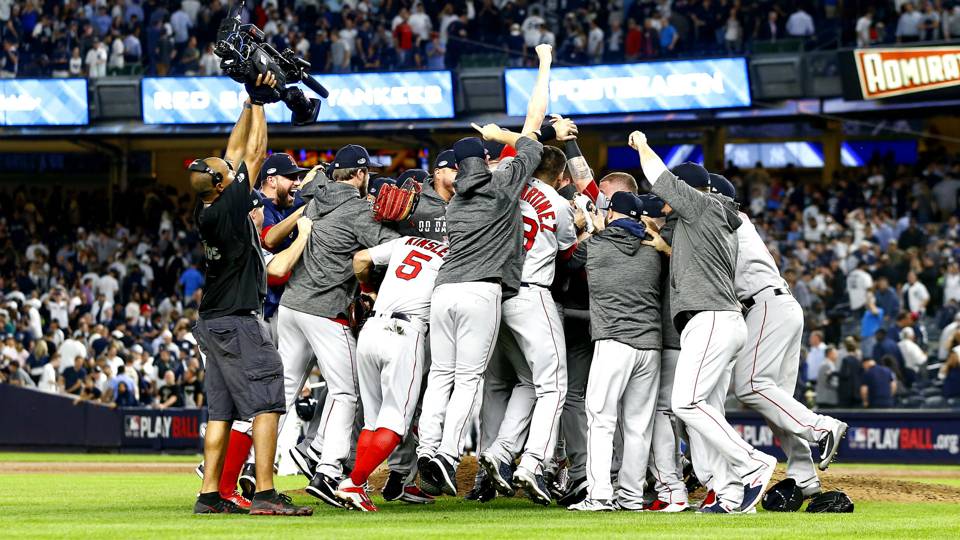 Hey everyone. Red Sox opening day is upon us. I am gonna try a new segment this season – opening up a mailbag once a month. How long this goes on will depend upon you. Without any more hesitation let’s get into the bag, shall we?

Rich Gelman asks: Who among the Sox pending free agents do I see leaving: Betts, Xander, Porcello? This is a tricky question for me.  Betts I won’t entertain until I need to do so. I think between Rick and Xander they will lock up Xander leaving Rick looking for work. This can obviously go both ways, but I believe they like the dynamic from Xander in the long run.

Tim Hawthorne asks: Do you think Pedroia will play this year; if yes, how much? The status of Dustin is a huge unknown at this point in time. We just don’t know what he has left until we see it. I suspect he will be somewhat of a platoon player along the way. Whatever he can bring in a positive aspect we will take it, but until we see him in action we just don’t know.

Dianne Short asks: What is your spin on the pen? I can sum this up with one word: concern.

Jessica Snee asks: Will the Sox ultimately sign Kimbrel? I have been one who has wanted him back from the beginning. I think despite his struggles in the playoffs he did bring balance to the pen. This year we don’t know who the Alpha dog is and that’s a problem. With all that being said, I don’t believe he will be back unless it’s on a one-year deal.

We got a few questions regarding Betts on here so I’ll just address it here. I don’t believe he’s playing for an extension and will test free agency.  I would like to think he’s gonna get that big payday he deserves here, but I’m not so sure that ends up happening. I hope that they get something done. Obviously weird things happen once you hit the market.

John McGuire asks: What’s the plan to keep JDM, when he opts for a new deal and how in the world are we going to hold onto Betts? I covered my thoughts on Betts prior to this question. The situation with Martinez won’t actually happen. I believe he likes it here and he sees what happens when you win. With that being said do you really wanna test the market with how it has been the last few years?

Chad Riley asks: Would you say Nathan Eovaldi is a good sleeper pick for Cy Young? I don’t think that will be the case with him this year. We all know the job he did during the playoff run, but tamper expectations a little on him. The staff though is gonna be the strength of this team this season. Book it.

Ben Rogers asks: Will Pearce do anything this year and if not who plays first, as I don’t like Moreland or Pearce? I think we will see similar stats as we did last year from these two. I don’t believe they’ll be world beaters, but will both do a solid job. I don’t know why you don’t like Moreland, so we will discuss that later on, cousin.

Dan Berg asks: Did the Sox make the right call in not paying Kimbrel? This is one of those times where I want him. but for his asking price you gotta pass on that. I think it is very telling why he isn’t signed at this point in time.

Peter Martin asks: Do you see any of the pitchers struggling this year without Leon behind the plate? I think there is a chance early on we see them stumble out of the gate. There is something about chemistry that can’t be denied. I think once they get reps with each other everything will be OK.

That is all for this installment of questions from everyone. Those of you who submitted questions – thank you.  It took me by surprise as I wasn’t able to get to all of them. We will try this again next month as I will be starting to do more baseball articles with the season officially here.

Let’s all hope we get another ending like we did last season from the boys. You can follow me on Twitter@ Chris_Blackey along with our podcast Boston Sports Blitz wherever podcast are available. Happy days are here again, the boys of summer are back.  Let’s go, Sox!