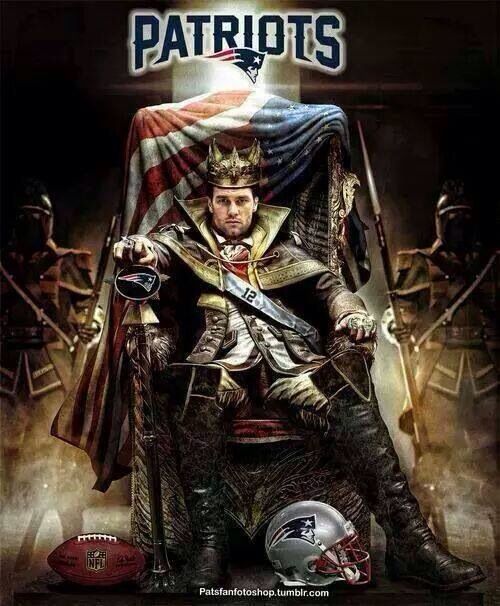 If “ The Autumn Wind is a Raider.” The Winter Wind is a Patriot.

In January we toss away last year’s calendar and the the records that brought us all to this place. In January a new season begins – Winter has come. It comes cold and it comes harsh, It comes with a relenting reminder that the games here are tougher – the season – less forgiving. Here are my Monster Keys to Patriots victory

Yes right off the bat. January football can turn into a nightmare for any team no matter how good you are on turnovers. Do not give this team extra possessions.  Rivers has done a good job this season as compared to some in his past of taking care of the football. That goes for Gordon too. Take care of the ball. Because INT’s are no longer a given.

A Little Patience When you order a combo Meal:

The moronic will shout to the high heavens that establishing the run is antiquated thinking, well they’re Idiots. They way to attack this team is to run and run and run some more. Team has a great pass rush ? Good run at it. D-Line has issues with a good O-Line that can combo block? Good Run at it. Team is weak at the LB spot ? Good run at it. Team Like Cover Three and toss Quarters around? Good Run at Them. Like to go BEAR Front ? good pull the play side tackle up the A Gap and run at it.

At this moment in time the most talented playmakers on this team are it’s Running Backs. Use them early – use them often. To a man they will need to be patient and wait for the Linemen to pull and combo blocks to spring them to the second level, letting them eat up big yards .

The Screen Game is taylor made to beat a team that has over aggressive defensive ends. Look for the Pats to clear the outside coverage with go-routs, use misdirection and the screen game to White and Burkhead. When the Chargers go to their Bear Front ? Quick Slants and Hitches keep the door from banging in the breeze.

A drawback to the Chargers cover three-quarters heavy defense is you’re at a disadvantage when a team can flood one side of the field with players who can create space and get YAC. the Pats have not done a lot of this during the year (get space) but with a week to heal up i expect Gronk and Edelman to have huge games across the middle and up the seams. Look for Belichick to take the bubble wrap off Chris Hogan and Brady to make him look like a Hero again.

Finish Drives, force them to Settle

No settling for threes this week. Owning the Red Zone is paramount to this game-plan.

When you watch the Chargers run the ball it’s all off the edge. It’s A downhill outside the Tight Ends running attack and no one is better suited for it than Melvin Gordon . The Chargers will pitch they’ll toss they’ll crack back block – they will do everything possible to get to that edge. The Pats will need to be ready for this and replace the DE and LB when they aren’t there with Safeties and corners. Do not let Gordon get to the outside. Set the edge and the tone early.

Pressure up the middle and get Rivers off his path. Make him move and get air under the ball.I talked with Mark Schofield this week on one Patriots Place and he brought up a great subject, when rivers is moved he tends to under-throw his receivers. The front needs to help the DB’s come Sunday to come out on top.

Thirteen Men on the Field

No i don’t mean cheat and run out thirteen men on D , I want the Patriots CB’s  and DB’s to force the Chargers WR to the outside. Body them up at the line of scrimmage and make Rivers throw the ball outside the hash marks. Use the sidelines as the extra defender against these Basketball players in Football Pads.

False starts – Encroachment – Personal fouls – Ineligible Man Downfield. Beating This team is going to be a big enough challenge on it’s own. No one ever stopped a headache by eating ice cream as fast as they can.

Do NOT kick the ball to Desmond King . Every punt needs to be angled away from him. every kick off should go through the endzone. Please and Thank you .

Thats it my rabid readers, you’re monster key to victory, the Pats have the ability to turn every one of these keys and get back to yet another AFC title game next Sunday. That would make Eight straight final fours, My God. these are great times we live in Patriots Nation soak them up – soak them in. it will never happen again in our lifetime.