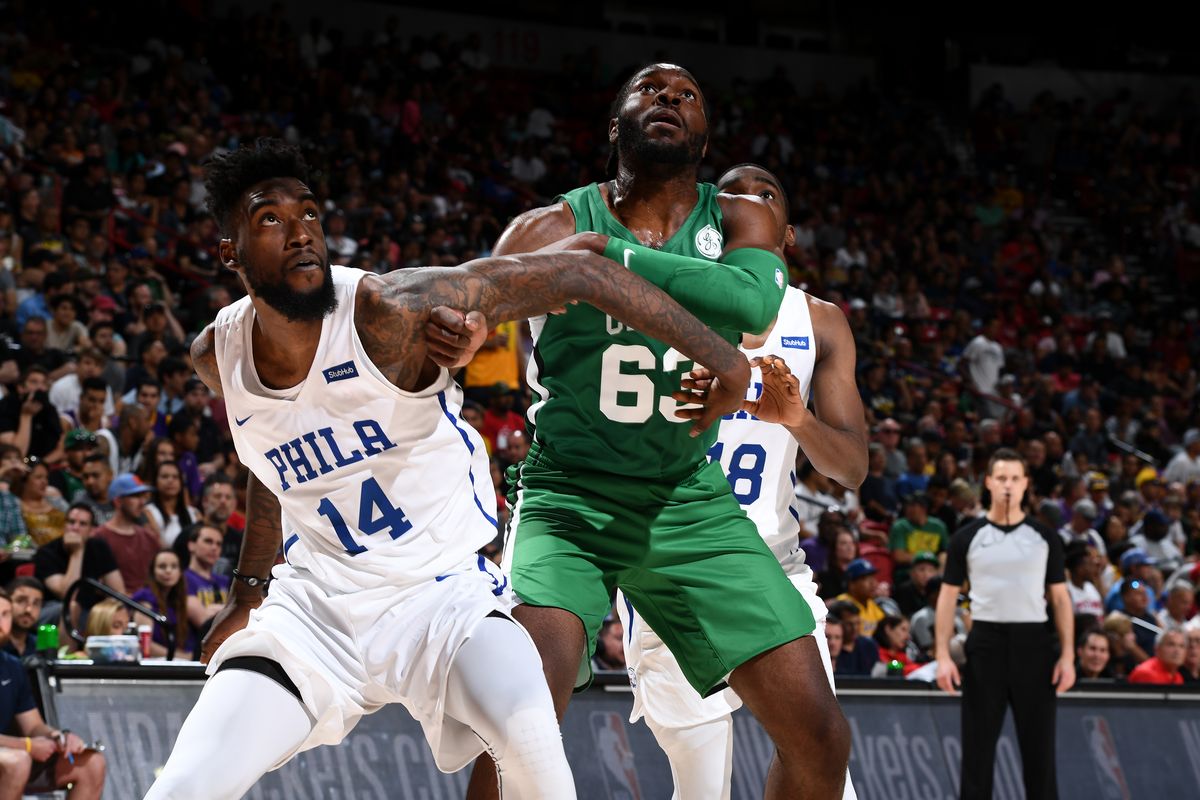 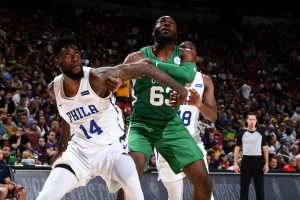 The Boston Celtics much anticipated first game of the Celtics summer league season  is officially in the books. The Celtics beat the 76ers with ease 96-82. They started the game going down 8-0, but kept it together and rallied back.

I’ll get into the main players we were looking forward to seeing. Romeo Langford did not play, and will most likely miss all of summer league. Let’s see how the other rookies did.

How did the youngsters do ?

Carson Edwards – this kid can ball. He has some crazy range. He ended the game with 20 points, 2 rebounds, and 3 steals. Some may look at this and say zero assists. If you watched the game you would have noticed he made a few great passes, but the bigs didn’t finish.  One thing to remember is he’s not out there to be Rondo, he’s out there to shoot.  As a wise friend said his nickname now is buckets.  Now on the defensive side he was also really good.  I can’t wait to see him and Smart together on D.

Tremont Waters – His stats don’t off the score sheet, but he had a decent first game. He had a modest 9 points, 1 rebound, 2 assists, and 2 steals. This kid is also a hussler. Like Edwards he was pressing the guards and I was really impressed with his defense.  He makes the right reads on the offensive side of the court.  One common theme with the young players is they all love to hustle.  A bunch of different Smarts, and I’m ok with that.

Grant Williams – I think he impressed people the most, but not me of course.  I’ve been driving the Grant Williams train for a while now. He ended the night with 12 points, 6 rebounds,2 assists, 2 steals, and 2 blocks. This kid does a little of everything, and he’s very vocal on the court.  He was mic’d up for game one, and it is always interesting to hear what is said.  which was fun to hear.  This could be part of replacing Horford on the court this season. No, calm down I am not saying this kid is Al Horford, but he just does a little bit of everything.  He will also do whatever is needed from him, and don’t forget, he’s happy he’s here.  His grandfather was a huge Celtics fan, and I feel this kid will be in the rotation this year.

The moment we all have been waiting for ….

Tacko Fall – In 10 minutes of action, he finished with 6 points, 4 rebounds, and 1 block.  You cant really make a decision on a guy in 10 minutes can you?  What stood out to me is his screens and the pick and rolls. He demands two players on him, which left guys wide open for 3.  I need to see more from to make a judgement, but I don’t wanna Tacko bout it.

Robert Williams – Rob had an up and down night. Still a problem with his motor, and I think he should of dominated.  Granted it’s one game, but let’s be real all the people who think he’s the answer to start for us at center.  Not happening, IMO. He finished the night well rounded with 9 points, 9 rebounds, 2 assists, 3 steals, and 2 blocks. Let’s see how Monday goes for him.

Yabu – Please Danny get rid of him.  It’s his 3rd year in the league, and he looks so lost out there.  Edwards made a great pass to him, bit he couldn’t finish it. He’s slow, and I feel it’s time to move on from him. Trade him for a bucket of KFC chicken. He’s useless.

Good game one overall. Even some of the players not mentioned on here had some good games. Yabu really the only bad one. Let’s see what we get on Monday. Go C’s ?

Check out the latest episode of the boston sports blitz here