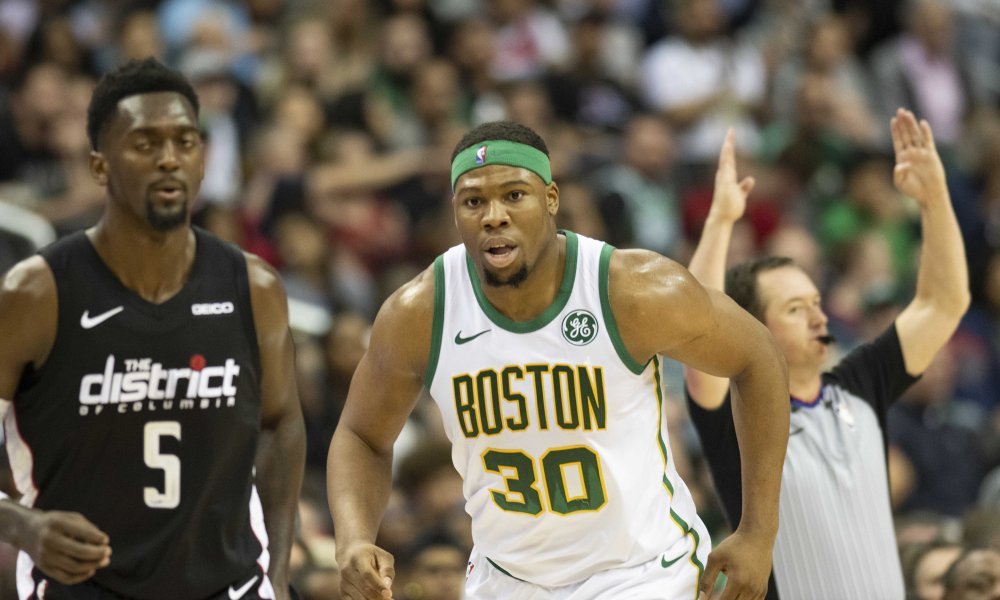 Yabu era is over

The Celtics have waived Yabusele. No offense to him, but I’m jumping for joy.  He just doesn’t have what it takes, and this was his 3rd year in the league.  He should be dominating summer league, but He looked lost out there.  I wish him the best of luck, but this was the correct decision imo, and we now have an open roster spot.

Lets get into summer league play

In last night’s 3rd summer league game they took on the Denver Nuggets. They beat denver by 13 points, and are now 3-0 in league play.  Every game has been won by double digits, so they haven’t really been tested at all.   This current roster is making summer league fun to watch again.  I enjoy watching them more than I did last years team no question about it.

The rookies are doing well imo. Carson “buckets” Edwards has been lighting up summer league so far, and he did so again last night.  He finished with an impressive 23 points, on 8/12 shooting, and 5/7 from three.

Grant Williams had a nice game as well. He did a little bit of everything and ended the night with 16 points and 8 rebounds. He also had a couple offense put backs.  I love the way this kid hustles on a regular basis.

Tremont Waters chipped in 12 points and 5 assists, and also has been very impressive so far. He makes the game look so easy when he is on the court.  The only thing i would say about him is sometimes he dribbles too much in traffic.

All three of the rookies are having impressive summer leagues so far. After the first 3 games Tremont Waters is averaging 10 points and 4 assists per game, Grant Williams is averaging 11 points and 6 rebounds a game, and Carson “buckets” Edwards is averaging 19 points per game on 53% shooting from the field and 48% from three. WOW!!!

Tacko Fall is a fan favorite already. He has done well and impressed me. Did any of you see his defense where he was moving his feet perfectly. He’s a project but he’s shown potential. I want him on a 2 way. I dont care u promised Strus. He’s done nothing in summer league. Who doesn’t love Tacko Tuesday?

Javonte Green deserves a shout out.  He has been fun to watch mainly because he’s a freak athlete.  I think he’s played his way onto the team, and if he doesn’t make it here, another team will pick him up fast.  If it were me making the decisions, I would get rid of Wanamaker,  and sign Javonte.

This summer has been fun, and it’s not done just yet. Let’s go win the summer league!

Til next time go Celtics ?