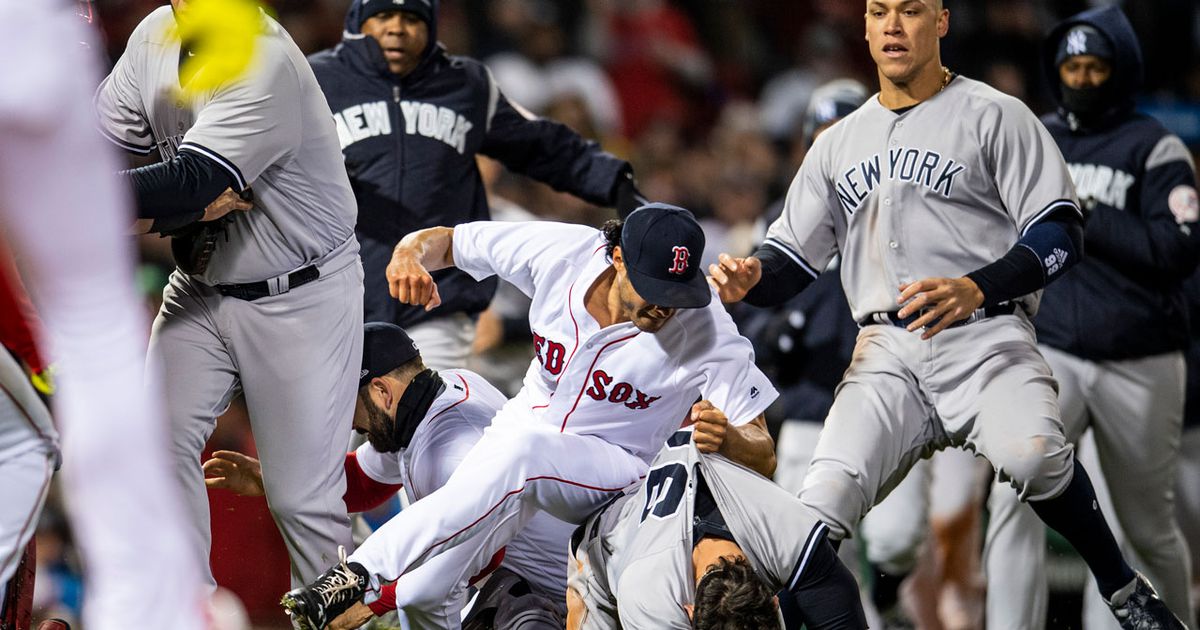 Hey everyone – it’s that time of the year again in New England, where the weather is cool and crisp and playoff baseball is in the air. This is a special time for us New Englanders: our beloved Pats are underway along with our Bruins. With all that being said, we love our Sox.  Most of us grew up in a time where generations suffered at the hands of the Yankees. This is a different time however, but like always this Yankee team shouldn’t be taken lightly.  I’m gonna drop 5 keys on what needs to take place for our Sox to move on.

Starting pitching: This is probably the most important aspect of playoff baseball. With the lack of success from Boston’s staff in the postseason it is paramount that they show up here. This has gotta be number one.  Chris Sale has gotta pitch like an Ace in this round.  Speaking of people with lack of success, we’ve got David Price. The lightning rod on social media, talkshows, and fans alike it is time for him to perform. I know he performed well last season out of the pen, but he’s needed this year as a starter.  I fully expect Price is gonna deliver this year. The bottom half of the Sox rotation with Porcello and Eovaldi just has to keep things close enough to give them a chance.

Bullpen: Does this ‘pen scare you like it does me? The team’s biggest question mark sits right here. The ‘pen as a whole must be ready. The failure of this round could very easily fall right here if the starters get in trouble.  Who can Cora rely on out there? You just gotta hope they can figure it out and “flip a switch”, so to speak.  There’s gonna be rocky moments that I’m sure of, but a little adversity never hurt anyone.  I’m hoping they get it going this round for the sake of all of us.

Mookie Betts: This is a player the Sox need to keep things rolling. I know he’s been brutal in his postseasons so far, but that’s gotta change this year. The table setter for the team has been much more than that this year. The chances of him being the A.L. MVP this season are very high. I fully expect him to get it going this year against the Yankees.  What Mookie does in this round will go a long way in moving the Sox into the ALCS.  The region turns their eyes to you, Mook.  Get it done.

J.D. Martinez: Where do I even begin here? When you look up professional hitter in the dictionary, there should be a picture of him. The Sox will need his bat in the ALDS like they did in the regular season.  What they need from him is a consistent bat throughout. When the Sox rolled in previous years they had big bats like Ortiz and Manny.  I think he will do just that for the team.  He certainly understands the moment at hand.  What probably started out as culture shock has now become the norm for him.  This is Boston.  We care around here.

Alex Cora: How good has he been this season? The first year coach has been huge for this team. What he has brought to the organazation is a winning mindset.  I think what he’s gotta do is be himself this round; in other words stay in the moment.  When push comes to shove he is the true leader of this team.  I would expect him to do just that as he seems grounded. The season was incredible, but around here we want titles.  We know what you’re capable of, now go out there and do what you were brought here for: To win.

Prediction: High anxiety with a loss of sleep.  I like the Sox’ chances this round, but like we all know, October baseball is highly unpredictable. Those are my 5 keys for this round.  Follow me on Twitter @Chris_Blackey along with our weekly podcast @stevehoodpod.  As always – Go Sox!